We’ve been in Vietnam for just more than a week now. We started in bustling Ho Chi Minh City (Saigon), then headed on a Mekong Delta tour where we stayed overnight in Can Tho and Rach Gia, and now we’re on the small island of Phu Quoc. We leave tomorrow for four days in Hanoi.

Be careful where you walk in Ho Chi Minh City. 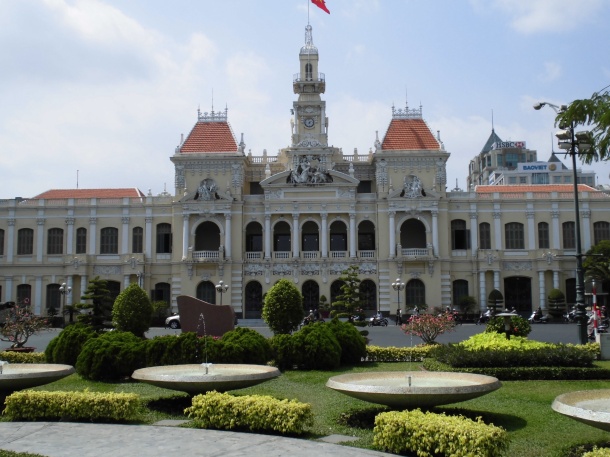 Some highlights:
Ho Chi Minh City
Our first experience with the motorbikes. Of course motorbikes are all over Southeast Asia, but I’d never experienced them to the extent they are here. Motorbikes are most families’ primary means of transportation. Entire families ride on one bike, with mothers cradling babies in their arms, children sitting in the front or the back, people eating sandwiches while driving, or single drivers packed with loads of baskets, fruits, you name it. I actually saw a man riding carrying three baskets, one on either side of him and one wedged between him and the handlebars, carrying ducks! Yes live ducks, probably 10 per basket. I regret not grabbing the camera sooner, but trust me when I say he had the ducks all in a row. 😉

The Cu Chi tunnels
Sixteen thousand people lived underground in tunnels during the Vietnam War, which in Vietnam is called the American War. The tunnels were pretty small and also had rooms for cooking and a hospital.

In the Cu Chi tunnels.

It was so interesting to learn about the tunnels and how everything worked, for example, the Vietnamese dug the tunnels near termite nests. They would put a stalk of bamboo into the termite nests, which the termites would eat, leaving an air hole that the soldiers couldn’t detect. They also only cooked once a day, when it was foggy, and directed the smoke upward through a smaller tunnel that wasn’t near the actual kitchen, in case the smoke was spotted.

We had the option to crawl through the tunnels for 100 meters. There were places to exit every 10 to 20 meters if you got too hot or claustrophobic. I bailed at 90 meters (I didn’t know I was so close to finishing!) but Matt made it to the end.

The Mekong Delta Tour
For less than $25 each, we booked a two-day, one-night tour through the Mekong Delta. The tour took us to a coconut candy plantation, a rice noodle factory and to a floating market, among other things. 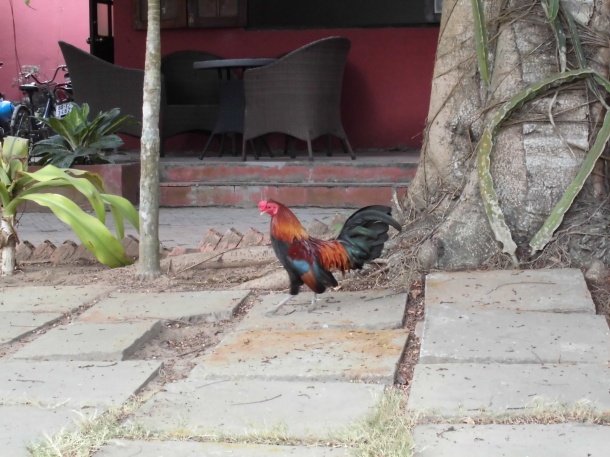 Roosters are everywhere. Some wander around and some are in little enclosures.

In the Mekong Delta 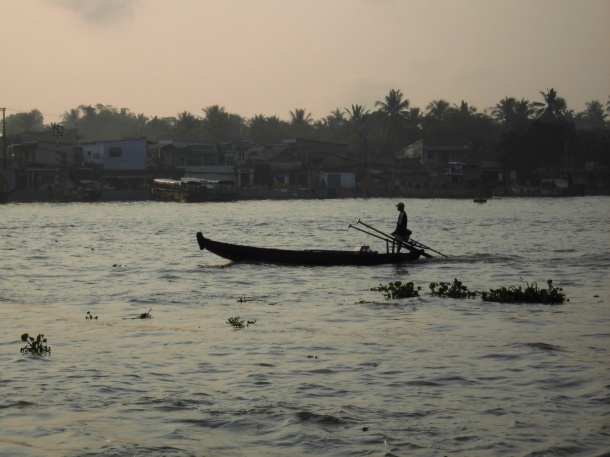 Rach Gia
We felt like celebrities again with all the children saying hello here. It’s a port town of about 200,000, but we read that most tourists only pass through on their way to Phu Quoc and don’t stay overnight.

Phu Quoc island
It’s been great to relax on the beach for the past three days. It’s very beautiful and quiet here. 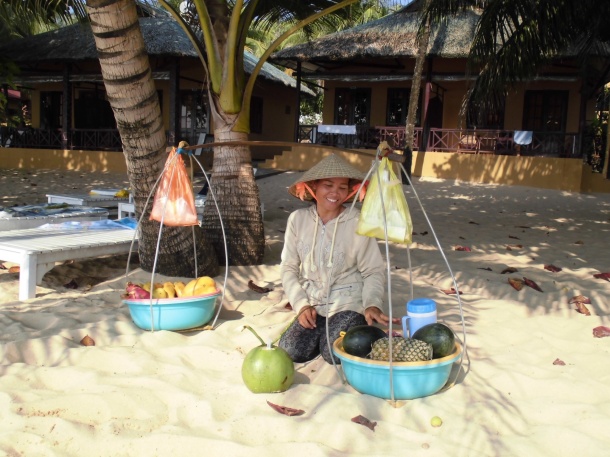 A fruit seller on the beach in Phu Quoc. 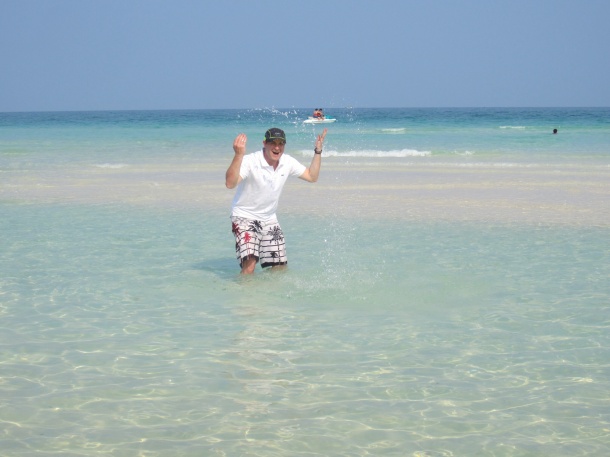 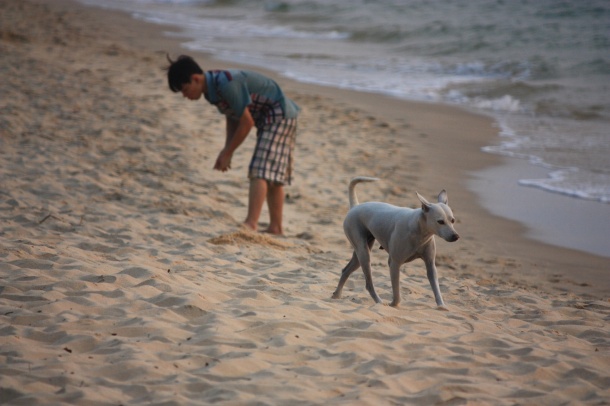